The threat of dollar rebound comes to an end

Since the dollar index bottomed out in early January, the short-term oversold situation has been repaired. As the massive fiscal stimulus falls and ultra-loose monetary policy continues, the outlook for global economic recovery has improved, and the dollar is set to depreciate again.

According to a survey of more than 70 analysts conducted between 1st Feb to 4th Feb all factors supporting a strong dollar is short-lived. Analysts' forecasts for dollar weakness over the next year remained the same as from the January survey. More than 85 per cent of analysts (63 out of 73) expect the dollar to remain at current levels or fall over the next three months. Only 10 expected the dollar to rise from current levels. 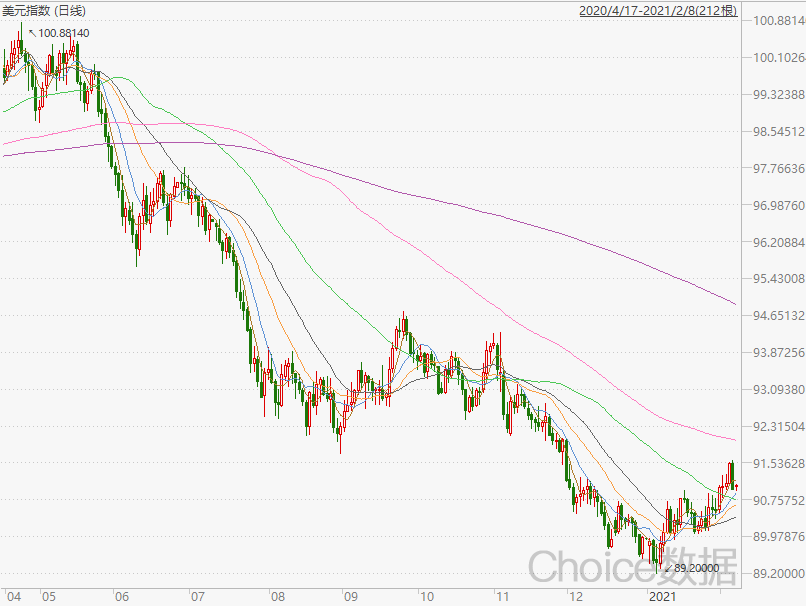 Chart 1 The daily line of the dollar index  Source：CHOICE 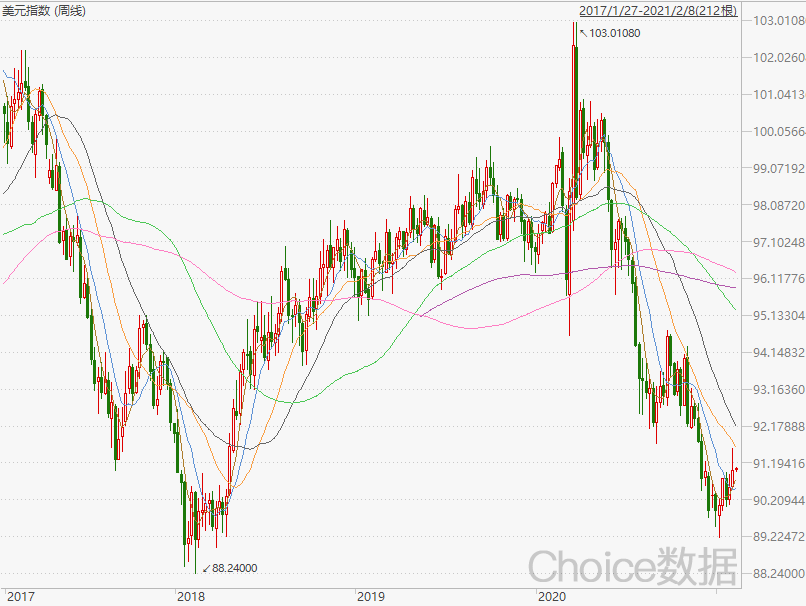 In an interview with CBS broadcast on 7th March, Biden spoke about the relationship with China. When asked by the host why he had not spoken to a Chinese leader, Biden said: "There has not been an opportunity to talk, not that they will not talk." Biden said he has spent a lot of time with Chinese leaders and has a lot to talk about. 'What China and the U.S. need is not confrontation,' he acknowledged, but 'we expect a very fierce competition.' He will not continue the Trump administration's China policy, rather, his administration would be focusing on international rules instead.

On February 5, the China Securities Regulatory Commission approved the merger of the Shenzhen Stock Exchange's main board and the SME board. On the same day, the financial regulators of the mainland, Hong Kong and Macao announced that they had signed the Memorandum of Understanding on the Launch of the Cross-boundary Wealth Management Connect Pilot Scheme in the Guangdong-Hong Kong-Macao Great Bay Area.

The former has been in the news for a quarter, and most market participants interpreted it as a prelude to the rollout of the registration system to the city. The latter has been repeatedly announced by officials before, but the delay in substantive implementation may be related to the situation in Hong Kong and the resurgence of the pandemic.

With the gradual advancements in vaccine inoculations around the world, the expectation of economic recovery is strengthening, the "reform window period" in mainland China may enter the countdown at the earliest within the year, and more capital market reforms and financial sector liberalization can be expected.

The "grouping" of A-share large-cap stocks has become a hot topic in recent months. In the past week, in addition to Kweichow Moutai, China Merchants Bank and a few other leading companies with a market capitalization of one trillion yuan are still setting new highs, a large number of leading companies with a market capitalization of one hundred billion yuan have experienced high volatility in their stock prices, and some varieties have suffered a relatively large short-term retreats, indicating that the "group" chips have loosened. According to Wind, of the 129 companies with market valued at billion dollar or more, 58 of them have seen their share prices fall this week.

Although this "group" has lasted longer, it is not fundamentally different from what has happened historically, from a behavioural finance perspective. The evolution of market ecology is a long process, and the probability that A-shares will enter the "winner-take-all" era is low. When market sentiment is too extreme, the orientation of new funds will be differentiated. The opportunity for good quality small - and mid-cap stocks is emerging.

Amber Hill Group is a fast-growing global investment firm dedicated to providing personal financial planning to high-net-worth clients around the world. The core quantitative trading systems created by the Group have performed well, and the assets under management of the Group's subsidiaries and affiliated companies exceed US $1,000,000,000.